Introducing our 2020 poets in residence 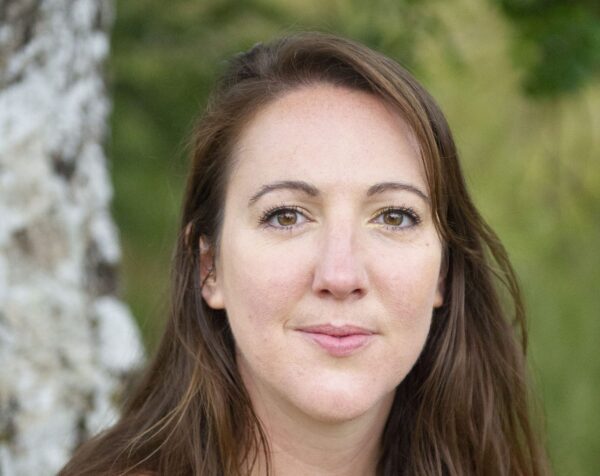 Anna Selby is a poet and naturalist. Her poetry often explores our relationship with water and the natural world. She  works collaboratively with conservationists, dancers and choreographers, writes poetic studies of different species in the field, directly from life, often underwater, and aims for these poems to share a sense of compassion and attentiveness to the environment. She is doing a PhD at Manchester Metropolitan University on Empathy and Deep Ecology through plein air poetry.

Rommi Smith has won numerous residencies and commissions for institutions ranging from the British Council to the BBC. A poet, performer, theatre-maker and librettist, Smith’s work encompasses a number of historic firsts: she is the inaugural British Parliamentary Writer in Residence and inaugural Poet in Residence for Keats’ House, Hampstead. John Barnard Scholar at Leeds University, Smith is finalising her practice-led PhD. Her research takes her to New York, where she is a Visiting Scholar at City University New York. Awarded a Hedgebrook Fellowship in the US, Smith is a winner of the Northern Writers’ Prize for Poetry, 2019. www.rommi-smith.co.uk @rommismith

Suji Kwock Kim is author of NOTES FROM THE DIVIDED COUNTRY, which won the Addison Metcalf Award from the American Academy of Arts and Letters (selected by Charles Simic), the Walt Whitman Award from the Academy of American Poets (selected by Yusef Komunyakaa), the Whiting Writers’ Award (selected by Carolyn Forche), the Bay Area Book Reviewers/ Northern California Book Award, and was a finalist for the Griffin International Prize; PRIVATE PROPERTY, a multimedia play performed at the Edinburgh Festival Fringe; NOTES FROM THE NORTH, a chapbook which won the International Book & Pamphlet Competition (Smith/ Doorstop, 2020); and DISORIENT, which is forthcoming. Her work appears in THE GUARDIAN, THE NEW STATESMAN, POETRY REVIEW, POETRY LONDON, LONDON MAGAZINE, and THE NORTH in the U.K., THE IRISH EXAMINER, THE WELL REVIEW, and SOUTHWORD in Ireland, and BEST AMERICAN POETRY, THE NEW YORK TIMES, LOS ANGELES TIMES, WASHINGTON POST, SLATE, THE NATION, THE NEW REPUBLIC, POETRY, PARIS REVIEW, and the Academy of American Poets’ POEM-A-DAY in the U.S. It has been performed by the Tokyo Philharmonic Chorus, recorded for BBC-TV, BBC Radio, U.S. National Public Radio, Canadian Broadcasting Corporation, Radio Free Genoa and Radio Free Amsterdam, and translated into Russian, German, Spanish, Italian, Croatian, Korean, Japanese, Bengali and Arabic.

Previous Poets in Residence include: