Romanticism is a general, collective term to describe much of the art and literature produced during the late 18th and early 19th centuries.

During this period, there was a broad shift of emphasis in the arts, away from the structured, intellectual, reasoned approach of the 18th century (which is often called the ‘Age of Reason’, or the ‘Enlightenment’) towards ways of looking at the world which recognised the importance of the emotions and the imagination. 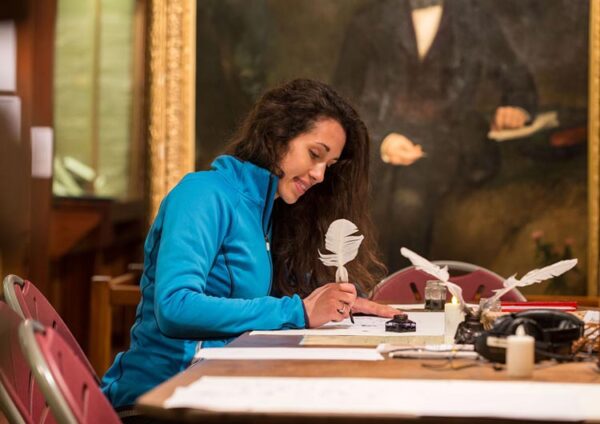 Romanticism can be seen as a revolution in the arts, alongside the political, social and industrial revolutions of the age: all spheres of human activity were undergoing great change. William Wordsworth and Samuel Taylor Coleridge were among the first British poets to explore the new theories and ideas that were sweeping through Europe. Their poems display many characteristics of Romanticism.

Dreams, books, are each a world; and books, we know, Are a substantial world, both pure and good: Round these, with tendrils strong as flesh and blood, Our pastime and our happiness will grow.
- 'Personal Talk' by William Wordsworth

Wordsworth͛s poetry is synonymous with the unique landscape of the English Lake District.

More about the poetry

Wordsworth described his new home and the garden surrounding it as 'the loveliest spot that man hath ever found'.

Read more about the place