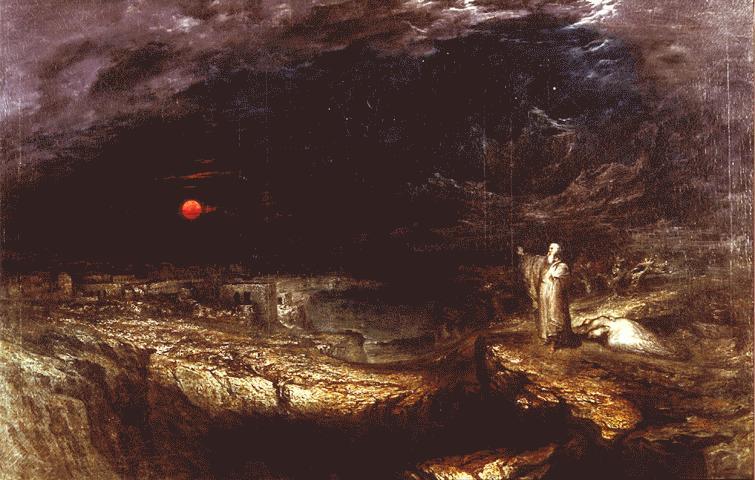 The 'Last Man on Earth' in Romantic literature

by Catherine Redford
One glorious summer’s day in 1816, Lord Byron and Percy Bysshe Shelley stood together on the shores of Lake Geneva in Switzerland, quietly contemplating the brilliant expanse of water as the sun glinted off its surface. Suddenly, Shelley turned to Byron and exclaimed, his words sending a shiver of fear down his friend’s spine. ‘What a change it would be’, he cried, ‘if the sun were to be extinguished at this moment; how the race of men would perish until perhaps only one remained – suppose one of us! How terrible would be his fate!’
Circulated by the journalist Cyrus Redding in various publications between 1847 and 1869, this story was based on an anecdote passed onto Redding by an unnamed friend in 1817, and should therefore perhaps not be taken as an entirely accurate description of events. What this episode does reveal, however, is that in the early decades of the nineteenth century, the Romantics were genuinely fascinated by the end of the world, and, more specifically, with the idea of just one man being left – utterly alone – on earth.
The ‘Last Man’ is a pretty familiar concept to us today, appearing in novels such as Richard Matheson’s I Am Legend (1954) and Margaret Atwood’s Oryx and Crake (2003), and in numerous films, including The Last Man on Earth (1964), The Omega Man (1971), and 28 Days Later (2002). Indeed the figure of the Last Man feels distinctly modern, responding as it does to contemporary anxieties about the rapid development of science, deadly pandemics, and zombie apocalypse.

The origins of this idea, however, can be traced right back to a French novel of 1805 by Jean-Baptiste François Xavier Cousin de Grainville called Le Dernier Homme, which was translated into English as The Last Man the following year. In this fantastical text, in which spirits frequently interfere in the lives of men, the human race loses the ability to reproduce and gradually dies out, until only one man and one woman, both of whom are fertile, are left alive. At first, the couple plans to procreate, but when the Last Man, Omegarus, has a vision of the degenerative race that he would produce, he realises that God intends for humanity to die out and thus abandons the Last Woman. The novel closes with a violent and dramatic depiction of the end of the world.
The first Last Man text written in English was Byron’s Darkness, a short poem composed in the summer of 1816. This text was perhaps inspired by the conversation about the end of the world that Byron had so recently held with Percy Shelley, but was also surely influenced by the rumours – stemming from the so-called ‘Bologna Prophecy’ – that had been circulating in recent months concerning the supposedly imminent end of the world. Byron’s vision of apocalypse sees the bright sun ‘extinguish’d’, with the earth consequently plunged into a terrifying and enduring darkness. The world’s population attempts to live with no source of light or warmth, but gradually dwindles as a result of widespread war and famine until the dreaming speaker is left alone as the sole consciousness in the universe.
Having received an array of rather baffled reviews in 1816, Darkness was largely forgotten for the following seven years, and it seemed that this poem was to go down in history as something of an anomaly. This all changed, however, with the publication in 1823 of a short poem by Thomas Campbell called The Last Man. In this evangelical text, the Last Man contentedly observes the end of the world, secure in his belief that that he will have a place in heaven following the apocalypse. Ignored by the majority of critics when it was originally published, the poem caught the attention of reviewers when it was reprinted in 1825 and the resemblance that it bore to Byron’s text was pointed out. Accusations of plagiarism followed, and Campbell was forced to defend his work, arguing in the Edinburgh Review that Byron had actually stolen the idea of the Last Man from him following a conversation between the pair some fifteen years earlier.
After this episode, the figure of the Last Man became an object of ridicule in the press, with the London Magazine and Review sarcastically asking ‘how then could [Campbell] bear to see another poet enjoying the priority of Last Man-publication – how could he submit, in short, to produce a last Last Man, when the first conception was his?’, while the Monthly Magazine wryly noted that ‘[t]he word “last” is to be lamented, is not sufficiently final to preclude the emulative subsequency of all we leave behind’, adding that ‘we cannot close the doors of language on the thousand little beginnings that tread on the heels of the safest conclusion’.
Indeed, the Campbell-Byron debate does seem to have prompted a ‘thousand little beginnings’, and 1826 saw a flurry of Last Man texts published, including Mary Shelley’s novel The Last Man; the anonymous poems The City of the Dead and The Death of the World; a short Blackwood’s tale, The Last Man; and a satirical poem by Thomas Hood, also called The Last Man. In this year, the composer William H. Callcott set Campbell’s words to music in order to create a popular new opera called The Last Man, and the artist John Martin began making plans for what was to become a series of depictions of the Last Man, the most famous of which was an oil-painting completed in 1849.
Within just eighteen months, then, the figure of the Last Man had captured the public’s imagination and had soared in popularity. However, reviewers and general readers alike soon tired of the theme. Mary Shelley’s novel was particularly ill-received, with the Monthly Review calling this tale of global pestilence the ‘offspring of a diseased imagination’, while Blackwood’s termed it an ‘abortion’ and the Literary Gazette referred to it a ‘sickening repetition of horrors’. The text only gained popularity after scholars rediscovered it in the 1960s, but it is now Mary Shelley’s best-known work after Frankenstein and is certainly the most widely-read Last Man text of the Romantic period.

Set in the twenty-first century, the novel follows the fortunes of Lionel Verney and his group of friends as a deadly plague spreads across the globe. After the pestilence wipes out most of the Britain’s population, a small band of survivors set out to travel across Europe, encountering supernatural phenomena, cults, and scenes of death and decay along their way. Soon, just three people remain, until a tragic accident leaves Lionel as the Last Man on earth.
If you’re new to the Last Man theme, this fascinating novel is a good place to start; you can also read some other contemporary Last Man texts at Romantic Circles (http://www.rc.umd.edu/editions/mws/lastman/lms.htm). So next time you’re at the cinema watching the latest horror film featuring the Last Man on earth battling zombies or vampires, remember that the Romantics got there first!

Dr Catherine Redford is a lecturer in English literature (1660-present) at St Hilda’s College, University of Oxford. She blogs on Romanticism at www.catherineredford.co.uk, and tweets under the ID @C_Redford_ 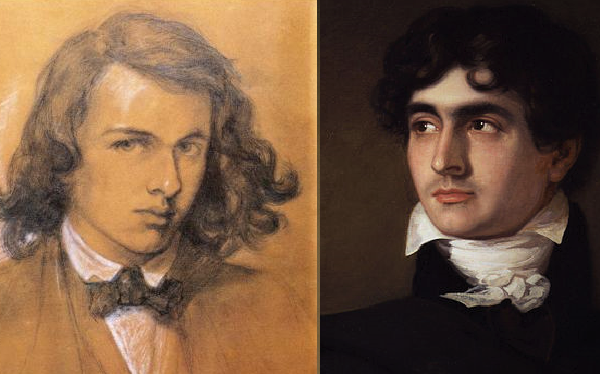 Polidori and the Rossettis 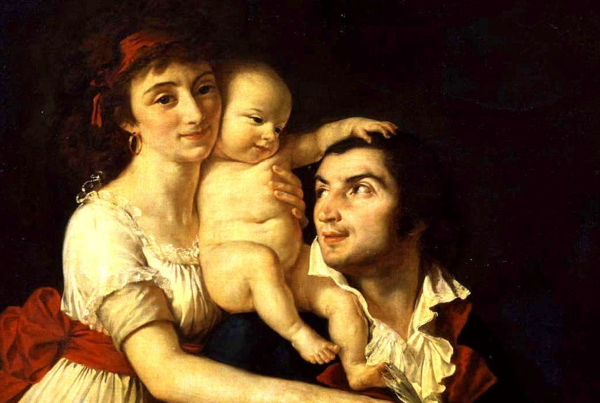 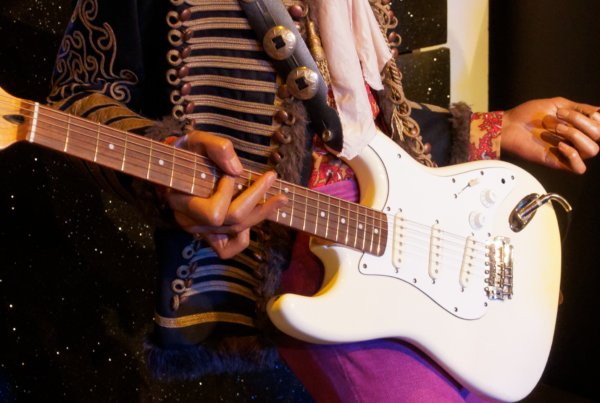