A chief aim of Haifaa Al-Mansour’s Mary Shelley is established in the film’s opening shot: a young Mary Godwin sits on the ground against the gravestone of her mother Mary Wollstonecraft, reading a Gothic novel. From there, we will learn that Mary looks like her mother, that William Godwin taught his daughter to read by tracing the letters of her mother’s name on the gravestone, that Mary feels connected to her mother through her writing (in one scene holding A Vindication of the Rights of Woman), and that silhouettes and a small portrait of Mary Wollstonecraft are prevalent in William Godwin’s bookshop and home. The film depicts Mary Shelley as a woman author of fierce independence and ambition, confronting and overcoming the obstacles of a man’s world of writing, learning, publishing, and entitlement (social and sexual). Frankenstein, the film proposes, was Mary’s stinging commentary on that world, where men are “monsters” and young women such as Mary and her stepsister Claire Clairmont are discounted. As Claire says through tears after copying the manuscript of Frankenstein, she identified with the creature’s struggles and expected many more would, and so Mary “must” publish the novel. 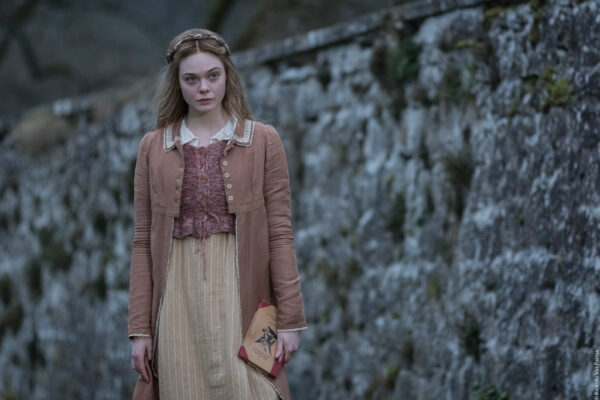 Al-Mansour’s film hits its emotional core once Mary drafts Frankenstein, presented in a series of images tracking Mary’s recognition of the destructive behaviour of men such as Percy Bysshe Shelley and Lord Byron, interspersed with images of handwritten words that form and dissolve as Mary’s voiceover relates parts of the creature’s account. Here, the images and voiceover link Mary and the creature, reinforcing the film’s premise that the novel is the culmination of a young woman’s life of abandonment and contending with prejudice owing to her sex. When Percy has read that first draft, he proclaims its genius, but then wishes the creature to be “perfect,” an “angel,” to show humanity hope — a suggestion Mary refuses, replying that their lives are a mess, that she is a mess, which is reality. Percy relents, admitting Mary’s way is better. Overall, the sequence is absorbing, as a speculation upon the novel’s genesis and as an idea of the creature expressing the experience of women, especially women artists. I am tempted to think of Jane Austen’s observation in Northanger Abbey that women novelists were “an injured body” in the early nineteenth century …. 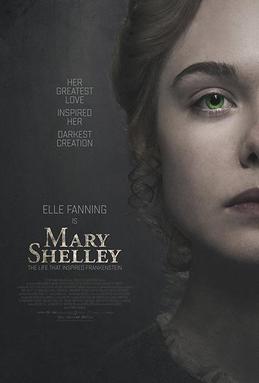 Regarding the context of the early nineteenth century, those very familiar with the period and either of the Shelleys in particular will notice the film’s creativity regarding chronology. When Mary and Percy first meet conflates different times: in Scotland, when she is sixteen and he twenty-one, they tell each other, which would be a year later than the proper year of 1812; Percy was visiting William Godwin in 1814, the year that saw him and Mary elope to France and Switzerland, but the film portrays all these events as taking place in the same year, mere months or weeks apart. The film’s own timeline produces additional historical anomalies. Claire Clairmont goes to a performance of Byron’s Werner, which he will not write until 1822. While the months during 1816 spent with Byron in Geneva was Mary and Percy’s second trip to Europe, the film makes it their first, and they are childless though their son William was born in January. (In fact, the film collapses their first three children into the birth and death of Clara, which actually came after Mary finished and then published Frankenstein, not before. It also skips over the months in Bath when the Shelleys returned to England, where Mary wrote much of Frankenstein and Claire gave birth to Allegra Byron in early 1817.) Moreover, Percy’s dialogue includes lines from his works, such as “the imagination is the instrument of moral good,” said in a church where he and Mary have their first kiss, though he composes A Defence of Poetry in 1821.

I mention these chronological glitches partly to warn those who might identify them and, perhaps, be pulled out of the film. On one hand, I am curious why Al-Mansour and the writer, Emma Jensen, made such choices. On the other hand, the film never definitively sets us in a specific year or month, which, upon reflection, allows it to fashion a sense of timelessness, or, rather, of not being strictly bound by time. We have impressions of Mary and Percy, which render them as both of their historical moment and relevant to our own. Mary’s struggles as a woman and author, therefore, continue across two hundred years, and her creature remains a voice for those denied the “compassionate touch” (as William Godwin says in the film) of the world.

However, the film as a whole feels anticlimactic. This feeling is highlighted by the scene of the nightmare that spurred Mary to write Frankenstein. It involves a mere several seconds of a haughty man touching a rod to the creature’s arm, the creature otherwise covered by a white sheet — not the harrowing, vivid “reverie” recounted by Mary Shelley in her introduction to the 1831 edition of the novel. Although the film finishes strongly, with Percy publicly acknowledging Mary’s authorship of Frankenstein at a gathering of men in William Godwin’s bookshop, it seems never quite to find the full, radical force of the “fire” in Mary’s “soul.” There are missed opportunities to delve further into the fraught months of the novel’s composition, when Mary faced scandal, upheaval, and loss.

Still, the film is carried by a compelling performance from Elle Fanning as Mary Shelley. Tom Sturridge is magnetic as Lord Byron, and Bel Powley gives her Claire Clairmont engaging depth as a woman even more discounted than Mary. The cinematography is lush, bold, and attentive, particularly with interiors such as the bookshop, the lodgings in St. Pancras, and the villa in Geneva. In the end, we have a film that certainly reminds us Mary Shelley at eighteen and nineteen years old shaped modernity, though it perhaps leaves wanting a richer, more rigorous portrait of how she did so.

Michael Johnstone teaches at the Department of English, University of Toronto. His Twitter ID is @mikejwrites 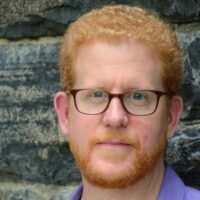