For the Keats scholar, reader, aficionado, critic – new to the great man’s works, an enthusiast of long-standing or of enquiring mind – there are innumerable books of poetry, biography, letters and critique. Sifting through all those on offer, uncovering the good, the less good and the, frankly, incomprehensible work that has been done is a challenge, even for the most dedicated. Forming an independent and well-informed personal opinion is even more difficult.

Entering the world of the conference or research paper can offer an additional test of stamina. For the student, it is a vital step along the road to a successful academic career, but for the lay reader, that step can seem one too far. An examination of the references, citations, notes or however the lengthy lists of works referred to in an article of just ten pages is described can be daunting. The reader might be justified in wondering whether they have the intellect to read the piece, or whether it was even meant for them in the first place. Feeling excluded from the discussion is not an uncommon experience and one that academic authors perhaps do not always appreciate. On occasion, those authors appear to be writing only for themselves, not for an audience at all, so obscure is their point.

But, you remind me after 200 words; this is a book review, not a general assessment of the Keats literary sourcebook. It is to be hoped that Nicholas Roe, editor and contributor to John Keats and the Medical Imagination (part of the Palgrave Studies in Literature, Science and Medicine series) will not be offended by a review that starts by pointing out the potential difficulties experienced by the reader of comparable books. This book is a collection of new essays by eminent scholars first presented at the Keats Foundation Bicentenary Conference at Guy’s Hospital in London in May 2015. The conference had as its theme ‘John Keats: Poet-Physician, Physician-Poet’ and it sought to challenge any notion still held that John Keats’s poetry was not, to any significant degree, influenced by his experience as a student of medicine. As Roe points out in his Introduction (illustrated by two wonderful old photos of Thomas Hammond’s Edmonton surgery, taken more than a century after Keats served his apothecary’s apprenticeship there) it was not until the second half of the 20th century that the idea of Keats as other-worldly, of limited experience and interested in nothing but beauty, was replaced by a more accurate, robust assessment of a robust young man. Keats’s life was enriched by the inspiration of science and art and interwoven with love and loss of a most down-to-earth, human kind.

The essays in this book take us into the world of Keats the botanist, the dissector, the melancholic and the terminally ill. It expands our knowledge of the details of Keats’s life as a medical student and practising doctor and offers a focus on the ways in which his studies of the human body and the mind of man infuse his poetry and letters. We take an intellectual journey with R.S. White through poetry that exhibits Keats’s fascination with mourning and melancholia, focusing on ‘Isabella; or, The Pot of Basil’, and look at how he wove tuberculosis, the ‘family disease’ into his work.

For those interested in a Keats chronology, Hrileena Ghosh considers the difficulties of dating many of the poems Keats wrote whilst a medical student. The analysis of the letters and poetry written by him during this period – between October 1815 and March 1817 – is fascinating and adds much to the context within which he was writing, noting that he became more prolific whilst living with his brothers, in Cheapside. They were likely to have been considerably more supportive than his student contemporary (and later inventor of ink) Henry Stephens, with whom he shared lodgings earlier in his training, and who was notoriously cutting about Keats the medical student/poet. It is analysis like this undertaken by Ghosh that reinforces a picture of familial harmony that Keats so treasured, and the loss of which – following the death of youngest brother Tom and the emigration of George to America – that affects and infuses later work.

Nicholas Roe’s recent biography, and his marvellous essay in this volume, ‘Mr Keats’, offer rich detail of the life of Keats the medical student and surgeon. Roe himself discovered a newspaper article describing the treatment of a female patient shot in the head by her husband, whose surgeon is referred to as the eponymous ‘Mr Keats’ (undoubtedly John). Mr Keats gave evidence of the wound, and of the treatment required to extract it. Such incidental detail can offer much to a rounded view of Keats the man behind the poetry. He was a real man, in the real world, part of events totally unconnected with his poetic life.

‘The Beauty of Bodysnatching’, an essay by Druin Burch, author of the wonderful Digging up the Dead, a biography of surgeon Astley Cooper, takes us into darker places and the world of the body snatcher. Gruesome but irresistible, the work of the anatomist, and the men who supplied the bodies they cut up to further medical knowledge are used to highlight the thirst poets such as Keats, Coleridge and Wordsworth had for a greater knowledge of nature. The respect for scientists and those embarking on a career with their hands literally in the bowels of the human condition is clear in their writing, Burch maintains, once again challenging the notion of Keats as a fragile sensitivity snuffed out by the critics. He engaged in required practices of the medicine of the time and his discoveries and observations stayed with him on into his most famous work.

Richard Marggraaf Turley, in Chapter 10, moves us away from the dissecting room and into the mind of Romantic psychiatry by examining the role of surveillance in Keats’s work. Initially, this essay seems slightly out of place in this volume, but by examining Ode to Autumn specifically, Margraaf Turley takes us into the politics of the mind, a subject that fascinated an era riven with suspicion and fear of the mob, the spy or the rebel. He brings Keats into the 21st-century world (where he can most certainly hold his own) of social media and our own concerns about how quickly private thoughts and actions can become public property. The mind is, after all, central to this delve into the medical imagination. 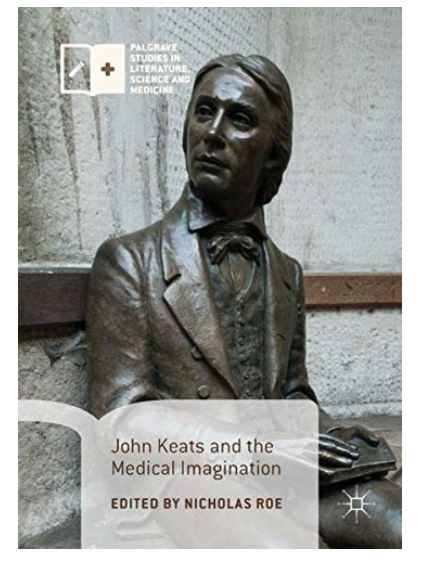 ‘John Keats, Medicine, and Young Men on the Make’ by Jeffrey N. Cox suggests a way to view Keats’s choice to leave medicine for poetry not so much as an event in his life story, but as a decision made during a creative period when other men of similar age, Keats’s friends and acquaintances, faced the same dilemma. Should I work at immortality through my writing, or enjoy a comfortable but perhaps more mundane existence pursuing a trade or profession that enables me to support a wife and family? Keats’s decision became one that caused particular torment when his love for Fanny Brawne could hardly be declared openly because of his lack of prospects. Cox also looks at the ways in which ‘money-getting’ and the necessary compromises that would have to be made to ‘Mammon’’ as Shelley referred to the eternal problems of financial security, are represented in Romantic poetry and writing of this period.

Other chapters are to me as a non-academic, less accessible and require extended periods of concentration that might, as mentioned earlier in this review, exclude the lay reader or Keats obsessive. They are no less interesting, however, and if you are particularly interested in plants and the study of botany, Chapter 6 by Nikki Hessell, awakens the reader to the in-depth knowledge of botany that was necessary to the work of an apothecary and how Keats took his studies into his poetic vocabulary.

This is not a book many will buy new, outright. At over £70 it has a niche market. However, if you want an elaboration of the connections between Keats and medicine, as student and poet, this book has much to offer the patient, selective reader. It is certainly well worth requesting from a university or specialist library.

Suzie Grogan is a professional writer, editor and researcher, working in the fields of social and family history and mental health. Her first book was published in 2012 and since then she has written two further books, published by Pen & Sword History, including Death, Disease & Dissection examining the life of an apprentice surgeon-apothecary in the early 19th century, to give her an excuse 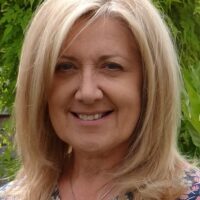 to write about John Keats. She has now been commissioned to write an ‘In the footsteps of…’ John Keats for publication in 2021, the bicentenary year.  Suzie has a popular blog at No wriggling out of writing and had her own radio show ‘Talking Books’, for many years. She is married with two children and has just made the move to Huelgoat in France, although she still intends to spend time in London and her beloved Lake District. Find out more at www.suziegrogan.co.uk.