What does it mean to ‘better know’ the poetry and prose of William and Dorothy Wordsworth?
A new exhibition has just opened in the Wordsworth Museum which, at its heart, is an exhibition about words: their combination and their written form, words written by William and Dorothy Wordsworth and Matsuo Bashō. In Wordsworth’s case, these are words written “to add sunshine to daylight by making the happy happier, to teach the young and the gracious of every age, to see, to think and feel”.

For visitors, ‘better knowing’ these writers comes through feeling the power of their words and this must be our goal: to help people to better see, think and feel through the poets’ own words.

I have long been influenced by Helen Darbishire’s concern “with the poet and his poetry, and with Wordsworth himself only insofar as knowledge of his life and character deepens understanding of his poetry”. It is a difficult line to draw. How many exhibitions on writers would pass Ms Darbishire’s test? It is easy to stray into biography because episodes in the writer’s life are interesting. How many exhibitions on writers put the poetry second to the chronological narrative?

We come a step closer to their words (and the way the writers combined them) through time spent with their manuscripts, the physical form to which the words were transferred from the writer’s imagination through ink and on to paper. Manuscripts show the processes of drafting and revising, of writers working alone and with others. Through our own enquiry, we can trace the formation of individual letters, follow the order of deletions and additions, and sense the state of mind of the author through their hurried or carefully-written handwriting. Above all else, a manuscript is a tangible and powerful link to that other person.

The writers touched, pored over, and anguished over these fragments and notebooks: Part of them and their life is here before us; the manuscript is witness to it, and through it we are transported to that moment. The original manuscripts of Wordsworth’s poetry, now held by the Wordsworth Trust in Grasmere, hold not just words, but moments in time: their meanings go beyond the words.

The role of the curator is to encourage and facilitate this deeper understanding through the interpretation of Dove Cottage, Town End and the internationally significant collections held in the Jerwood Centre. This interpretation is not simply the presentation of facts, but a mediation between visitor and artefact leading to new meanings and knowledge for the individual. The curator’s role is to stimulate and satisfy the visitor’s curiosity, and to enable their receptiveness to the words which are the crux of the exhibition.

But how do we stimulate a visitor’s interest in manuscripts without adding more words to an exhibition that already requires the act of reading? How do we create a learning experience that makes the most of the visitor being in the presence of the manuscript, and one that goes beyond regarding the manuscript only as a two-dimensional holder of text? How do we encourage visitors to notice clues in the physicality of the object; to look closely at handwriting styles (different pens and hands, or the same hand instructed from different states of the same mind?); to notice the way the page is laid out; to investigate how the text changes over time through the visible evidence of drafts, revisions and additions; to get a sense of the manuscript’s creation and history over several generations; to imagine what this physical object, perhaps with words of comfort or love, meant emotionally to its creator and subsequent owners?

In January 2014, artists of different forms from the UK and Japan gathered in the Jerwood Centre at Dove Cottage to spend two days getting to know the words and manuscripts of William and Dorothy Wordsworth. Their responses can be seen in the present exhibition Wordsworth and Bashō: Walking Poets.

Original and facsimile manuscripts of the earlier poets are set amongst fine art, sculpture, glass-work, music, calligraphy created as a result of the January symposium. We might think of Wordsworth’s comment in the Advertisement to Lyrical Ballads (1798) when he warned his readers that many of the poems that followed should “be considered as experiments”. He warned that many readers may struggle with “feelings of strangeness”, and asked that they overcome their own “pre-established codes of decision”.
Perhaps ‘Walking Poets’ is not what we would normally expect from an exhibition on Wordsworth or, for that matter, a typical exhibition in the Wordsworth Museum. But this exhibition brings us closer to the words of these three great writers: we come to them from new directions, stimulated by the work of living artists who have each worked closely with the words and manuscripts from the past. It is an exhibition that rewards close attention and time. 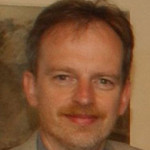 Jeff Cowton MBE is the Curator of the Wordsworth Museum at Dove Cottage in Grasmere, The Lake District.