The last days of John Keats

One might say that it was fate that brought John Keats to 26 Piazza di Spagna, where he died of tuberculosis on 23rd February 1821, and which serves to this day as a museum and library dedicated to his memory and to those of his fellow second-generation Romantic poets who lived in, and were inspired by, Italy. 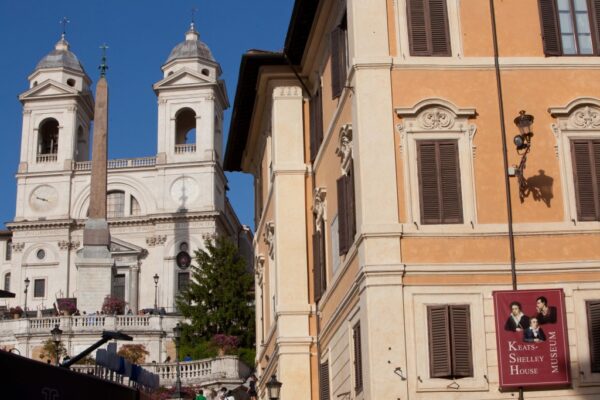 On 3rd February 1820, just over a year before Keats died in Rome, he’d suffered his first lung haemorrhage as a result of tuberculosis after returning from London on the outside of a coach to save money. Given that this ferocious disease had already robbed him of his brother Tom, just over a year earlier, and his mother, a decade before, and given his own medical training, Keats must have known that his own prognosis wasn’t good. He nonetheless hoped that a little Italian sunshine, or at least a climate milder than that of his homeland, might at the very least alleviate his suffering. And so, six months after that first surefire sign of the beginning of the end, Keats wrote, in reply to Shelley who’d invited him to Pisa, that ‘There is no doubt that an English winter would put an end to me, and do so in a lingering hateful manner, therefore I must either voyage or journey to Italy as a soldier marches up to a battery.’

To ‘voyage’ or to ‘journey’: early nineteenth-century travellers wishing to take the (then) long-haul trip south to see Rome had two choices, to go by boat or to travel down through France and Switzerland, through the Alps and into Northern Italy before arriving in Rome, and seeing a great many great sites en route.

Keats, as it happens, never got to satisfy his ‘inward groan / To sit upon an Alp as on a throne,’ as he’d confessed in his sonnet Happy is England, for he opted for the former means of getting to his destination and dutifully came by sea aboard a little boat called the Maria Crowther. His decision was taken not without trepidation, as the idea of leaving behind his fiancée Fanny Brawne, the girl next door at Hampstead, deterred him. Nonetheless Keats set sail from London on 18th September 1820, and in a letter to Fanny’s mother written from the Port at Naples, where he was forced to remain onboard because of a quarantine imposed following a typhus outbreak in London, Keats describes the difficulties of the journey, ending his epistle with a plaintive, prophetic ‘Goodbye Fanny. God bless you.’

Keats arrived in Rome in the company of the artist Joseph Severn, with whom he’d maintained a cordial (though not intimate) friendship since 1816, taking up lodging at the House by the Spanish Steps which had been found for them by Scottish physician James Clark, who also lived nearby. Number 26 Piazza di Spagna had been the home of an artisan, Alessandro Angeletti, who on his death in 1820 left it to his wife Anna, who in turn took the thoroughly sensible decision to open it up and rent out rooms to foreign visitors, thereby capitalising on the new wave of visitors who were coming back to the city en masse following the fall of the Emperor Napoleon in 1815. It was to a little apartment on the second floor of this very house that Keats and Severn arrived on 15th November 1820. 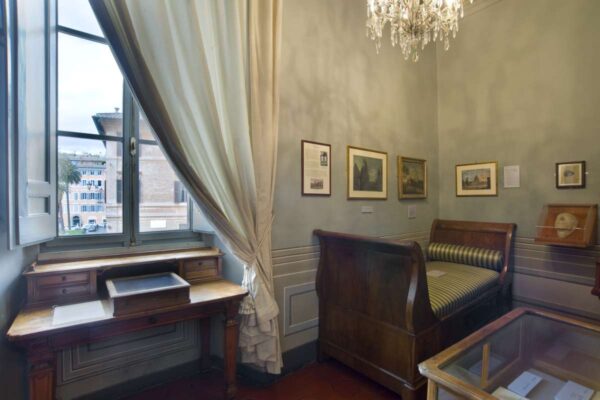 The area around the Spanish Steps had long been known as a hive of artisans and artists, both homegrown and foreign, as well as their patrons and models. It was here, for example, that the Spaniard Diego Velazquez discovered the young model that would rise to anonymous fame as The Rokeby Venus. By the early 1800s many of the most famous writers and artists residing in the Piazza di Spagna area were foreign, including the likes of J. M. W. Turner, who stayed here in 1819. And just across the Piazza from Keats’s final home is the house in which Lord Byron stayed in 1817, with Percy Bysshe Shelley’s residence during his trip to the city in 1819 also close by. The area around Piazza di Spagna was teeming with pensioni, or guest houses, to attract the post-Napoleonic tourists who flooded the city through its gates at nearby Piazza del Popolo, which was the principal entrance to the city for visitors arriving from the North.

Keats, however, didn’t arrive in Rome through the city’s northern gate but entered from the south at the Porta San Giovanni. And unlike many of the artists, writers and tourists (grand and otherwise) who flocked to Rome, Keats didn’t come for mere inspiration, for he was much too ill to write, too ill even to read much poetry, especially following the first of a series of horrific lung haemorrhages on 10th December which left him coughing up blood by the cupful and housebound for the rest of his days.

One of his scant sources of aesthetic release hangs still in the House today in the form of a piano receipt for the hire of a piano at the rate of 7 scudi per month signed by their landlady. Like many of the most precious Keats items in the museum collection the receipt was donated to the Keats-Shelley Memorial Association by one of Joseph Severn’s twins, and is quite typical of the kind of things visitors to the House will see on display. 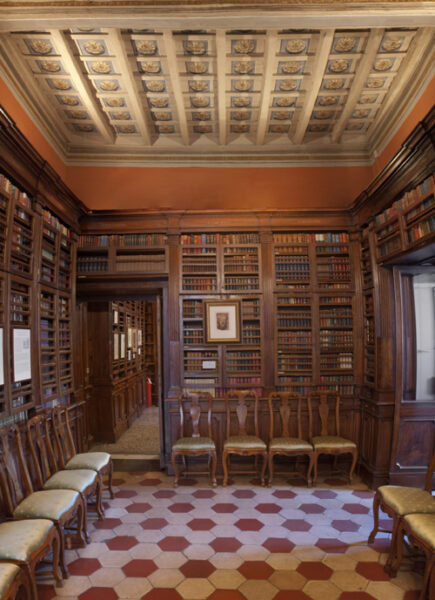 For the Keats-Shelley House is not a museum of great masterpieces – though there are some visual delights and treasures among its collection – but rather it is, first and foremost, a place that instantly, viscerally, connects its visitors to the past through its objects and surviving decorative features, such as the humble marble fireplace in Keats’s bedroom which visitors often touch in order to reach out and make a visceral connection with Keats, who’d have done precisely this during his final months alive in the House, or the ceiling with its painfully humble painted flowers. Such flower motifs adorn many a Roman ceiling, but it’s hard not to stand and gaze upon these particular flowers in this particular room and not sense how Keats must have felt when he reported to Severn that he could almost feel the flowers grow above his own impending tomb.

A visit to Rome’s Non-Catholic Cemetery, where Keats is buried beside Severn, and amongst a host of other graves including that of Shelley, completes what has become, for many, a poetic pilgrimage. 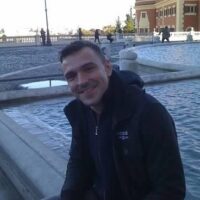 Giuseppe Albano is Curator of the Keats-Shelley House in Rome: www.ksh.roma.it