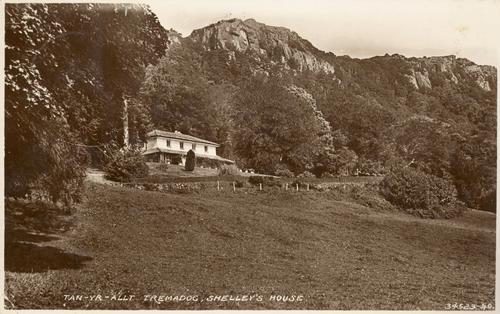 It was a dark and stormy night: The strange story of 'Shelley's Ghost'

By Lynn Shepherd
The episode that would later come to be referred to as ‘Shelley’s Ghost’ took place on 26th February 1813, in the midst of a raging storm, when the poet Percy Bysshe Shelley was staying at a house called Tan-yr-allt, in Tremadoc on the coast of North Wales. What really happened that night remains a mystery, even now…

Before moving to Tremadoc, Shelley had spent eighteen erratic and restless months moving from place to place with his young wife, Harriet Westbrook, after their elopement in August 1811. During a stay in Ireland his radical politics had drawn the attention of the Home Office, and when he subsequently moved to Devon government agents were deputed to spy on him. But when one of the Shelleys’ servants was arrested for posting the poet’s inflammatory material on local trees, the Shelleys were forced to flee the area, finding themselves eventually in Tremadoc. 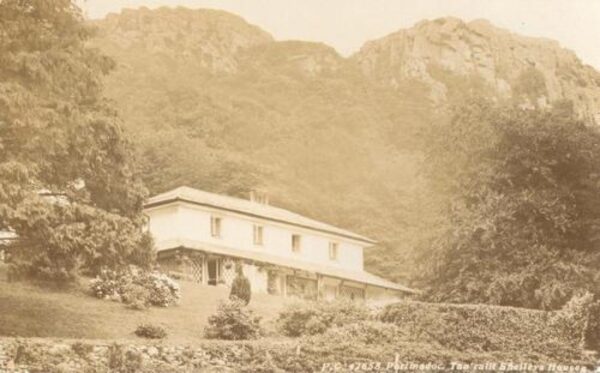 The town was then in the throes of a hugely ambitious – and ultimately doomed – land reclamation scheme, which was the brain-child of the local landowner, William Madocks. Shelley’s outspoken views quickly made him a number of influential enemies (not for the first time), most notably the Honourable Robert Leeson, a prominent local quarry-owner, whose site supplied the stone for the construction project. Shelley profoundly disagreed with Leeson’s treatment of his workforce, and relations went from bad to worse. By early February 1813, Shelley was taking loaded pistols to bed with him.

So what happened on the night of February 26th?
According to Harriet, the two of them were woken around 11 ‘o clock by a noise downstairs. Shelley went down, armed with his pistols, and saw a man leaving the house through one of the windows. The man fired at Shelley, who tried to return the shot, but his gun failed to go off. The two men then fought on the lawn and Shelley fired again, wounding his assailant in the shoulder (or so he claimed). The man shouted ‘By God I will be revenged! I will murder your wife. I will ravish your sister!’ and then made his escape. The servants had by then been aroused and the house was in uproar. Around one o’clock Shelley persuaded the household to return to their beds, but stayed up himself with one servant. About three hours later Harriet was woken again, this time by gunfire, and went down to find Shelley had a bullet hole in his night-shirt, saying a man trying to shoot at him through the window, but his own gun had again failed to fire. The servant saw nothing, having been – coincidentally or otherwise – out of the room at the time.
Shelley left the house the following day, without staying even to pack. He denounced the incident as an ‘atrocious assassination’, believing it to be the work of Robert Leeson, but Leeson strenuously denied any involvement, and many in the area thought the whole thing had been staged by Shelley himself, to give him an excuse to retreat from what clearly had become a disastrous mistake. Even some of Shelley’s own friends thought the whole episode could have been a ‘semi-delusion’, not least because Shelley had suffered from sleepwalking and waking hallucinations since he was a child.
Years later, the events of February 26th were still being referred to in the Tremadoc neighbourhood as ‘Shelley’s ghost’, and yet there was concrete physical evidence that something happened that night that was not supernatural at all. The mark of pistol ball was found in the drawing-room wall and on Shelley’s shirt, and there is nothing to suggest Harriet was either hallucinating or lying, even if Shelley had a track record on both counts.
Shelley’s biographer, Richard Holmes, has meticulously reconstructed the events of that night, but even so, many questions remain. Were there really two separate attacks that night, or was the second some sort of delusion brought on by shock and stress? Why did Shelley later draw such an odd picture of his assailant – one in which the man appears to be wearing some sort of monstrous mask? 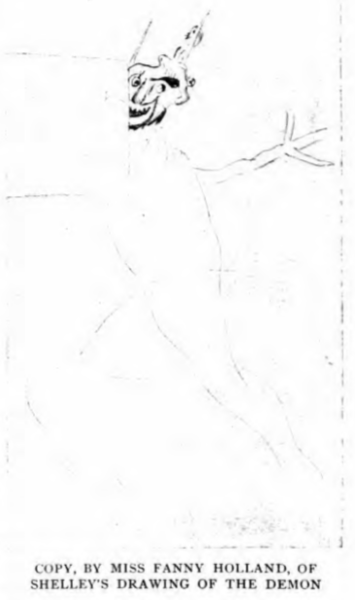 Copy of Shelley’s drawing of the ‘demon’, published in the Century Magazine in 1905

Could Home Office agents have been involved, or was Shelley right and the whole incident was a plot of Leeson’s to drive him from the town? But if that was the case, why were there no subsequent reports of a local man with a shoulder injury, and why did the assailant speak English, not Welsh, as such a local man would have done? Likewise, if it was all Leeson’s doing, why did the attacker talk of revenge, and of murdering Shelley’s wife and raping his sister? And why did the poet continue to believe Leeson was pursuing him, even years later and halfway across Europe?
It’s unlikely we will ever uncover the full truth. Not with the certainty that biography requires, at any rate. But one of the delights of writing fiction is that one can take what we know and speculate about what we don’t. For me, the mystery of Shelley’s ghost is only one of a whole series of strange occurrences and inexplicable silences that run like a persistent dark thread throughout Shelley’s life. In A Treacherous Likeness I’ve tried to weave a story to fill those silences, and explain those strange and unsettling events, and I offer my own explanation as to what might really have happened on that dark and stormy night in 1813…

Lynn Shepherd is the author of four novels, the award-winning Murder at Mansfield Park, Tom-All-Alone’s (The Solitary House in the US), and A Treacherous Likeness, which is a fictionalised version of the dark and turbulent lives of the Shelleys (published as A Fatal Likeness in the US). Her latest book, The Pierced Heart, is inspired by Bram’s Stoker’s Dracula. She is a trustee of The Wordsworth Trust. 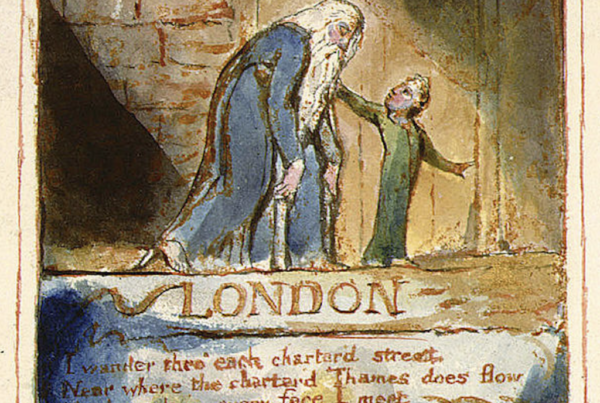 Words Overheard: On the acrostic in William Blake’s ‘London’