245 years on, Wordsworth still has much to teach us

By Jonathan Kerr
On the eve of William Wordsworth’s 245th birthday – an occasion celebrated by bibliophiles worldwide each April 7th – some of Britain’s finest contemporary poets are engaged in a project they call The New Lyrical Ballads. This collection pays homage to The Lyrical Ballads (1798), the book of poems Wordsworth co-authored with his friend Samuel Taylor Coleridge, and now recognized as central to the flowering of British Romanticism. The goal of this new collection is to reimagine Wordsworth and Coleridge’s poetry within a twenty-first-century context. As these new works engage with, adapt, and transform the contents of the original collection, a compelling idea begins to take shape: these new poems want to tell us that over the years, Lyrical Ballads has not only inspired generations of readers and writers, but very much helped to form a modern outlook on the world, particularly on the subjects which most concerned Wordsworth and Coleridge – nature, society, and the mind.

What could Wordsworth (or Coleridge, or Romanticism) possibly have to do with the twenty-first century, and why might this poetry be of relevance to the major issues affecting us today? First of all, like us, Wordsworth lived through a time of immense social change, and many of these changes resemble the ones we’re confronting today. The poet gives us a world in which technological innovation was transforming everyday life in exciting and sometimes daunting ways; in which scientific breakthroughs were leading to new ideas about nature and human nature; and in which industrialization was quickly transforming the English landscape. And since Wordsworth recognized (as we also do) that the mind is a part of its social and natural environments, he was equally concerned with exploring the impact of these dramatic changes on the lives of the people living through them.

Not all of these changes were bad; in fact, many Romantics, including Wordsworth, took inspiration from the new world taking shape around them. Wordsworth read and admired the writings of an eccentric experimental scientist named Erasmus Darwin, whose grandson Charles would make his own waves in the following century. Erasmus, a researcher in plant and animal life, believed that the human being is a part of the natural world in a fundamental way: we are motivated by instincts we’re scarcely aware of; our thoughts and behaviour can be explained in terms of our physical design; most importantly, we evolve, just like all other organisms. Anticipating his grandson Charles by nearly 50 years, Erasmus observes in The Loves of Plants (1791) “that animals have marks of having in a long process of time undertone changes in some parts of their bodies, which may have been effected to accommodate them to new ways of procuring their food… Perhaps all the productions of nature are in their progress to greater perfection?” Erasmus’s observations on evolution led him to conclude that the world and its life-forms are much older than it was conventionally reckoned, and that all life (humans included) might share a common, prehistoric ancestor. His research led him to conclude that the human being is, at the heart of it, an organism like any other, embedded in a vast web of continually changing and co-dependent life-forms.

While critics were alarmed at Erasmus’s bizarre vision of things, Wordsworth and other Romantics were inspired by the bold claim that humans are fundamentally a part of, rather than somehow above and beyond, the natural world. Wordsworth may very well have had some of the elder Darwin’s ideas in mind when he penned Tintern Abbey, one of his most celebrated early poems, which attempts to describe a “One Life” connecting all of nature’s parts: in nature, Wordsworth detects “A motion and a spirit that impels | All thinking things, all objects of all thought, | And rolls through all things”. Wordsworth devoted much of his writing career to capturing the essence of this ‘One Life’, shared between nature and human beings, which is indebted as much to the period’s scientific breakthroughs as it was to Wordsworth’s own unique ideas about imagination and art.

This is one context for Wordsworth’s recurring concern with the industrial and urban changes which he believed were endangering nature and threatening to dissolve the bond between the natural and human worlds. In 1798, the “dark Satanic mills” described by William Blake were only beginning to appear, but toward the end of Wordsworth’s life the English landscape had become completely transformed by them, and as his career developed Wordsworth turned to the impact of industrialisation and urbanization on the human and natural worlds. In his Outrage Done to Nature (1814) for example, Wordsworth describes the thick wreaths of smoke spewing from new industrial cities and its dizzying effects upon those living within them. Wordsworth has been called by some one of the first ecological poets, committed to exploring the impact of modern industry on the environment and its life-forms.

In our own modern era, in which ‘human’ rights and dignities are extending from people to animals and forests, to water, air and the soil, Wordsworth’s claim that “man and nature [are] essentially adapted to each other” should strike us as particularly apt. As he engaged with his changing world – both its challenges and its exciting new possibilities – Wordsworth anticipates some of the concerns at the heart of our own: about the health of the environment; about the question of our relationship with other, non-human life-forms; and about how our lives are interconnected with the world of nature. At 245, Wordsworth is still giving, in other words. As his poetry navigates the complex changes in his own historic moment, it also yields insights that are remarkably pertinent to our own twenty-first-century spot of time.

There is more on the new Lyrical Ballads in this article http://www.theguardian.com/books/2015/mar/09/poets-new-lyrical-ballads-romantic-wordsworth-coleridge 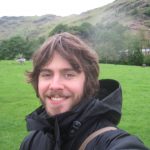 Jonathan Kerr is a PhD candidate at the University of Toronto. His research is on Romanticism and various forms of human “difference” – cognitive, cultural, and anthropologic. He can be reached at j.kerr@mail.utoronto.ca.