Mary Shelley: Through the window

I’ve always liked buildings. When I was a child I used to get myself to sleep by imagining palaces that I designed room by room. I like the way a building tells you its age without meaning to, because it’s been designed according to the architectural fashion of its day. I spend a lot of time visiting churches because their aspirational shapes are beautiful, but also because the details of their construction are the giveaways that let us in to local history. When, last year, we moved to an old stone farmhouse that has itself been often rebuilt (it has thirteenth-century kitchen beams but an eighteenth-century façade), trying to date it became a fascinating game.

So it’s no surprise that, when I started to think about Mary Shelley and how life must have been for her, I used the places she lived as a way to reconstruct her experience. I was not going to fictionalise Shelley, but I did want to recoup in forensic and faithful detail all that we do know about her own experience. Nor did I want simply to repeat research already brilliantly and comprehensively carried out by previous biographies. Miranda Seymour’s 2000 Mary Shelley is surely the most magisterial of these, though I also have a particular admiration for the American academic Emily Sunstein’s Mary Shelley: Romance and Reality (1989) and Muriel Spark’s brilliant reading of the woman and her work in Child of Light: A biography of Mary Shelley, which dates back to 1951. All three books read the facts they unearth, and take on the biographer’s responsibility of making sense of their often-confusing subject. 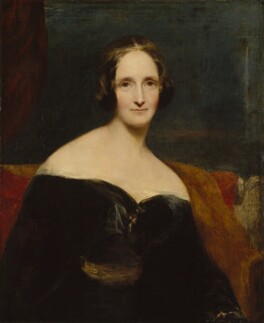 Instead, I wanted to supplement these with the kind of psychological biography that a Romantic such as Mary might have relished. After all, Mary was herself an eager biographer, who first tried to write a life at the age of seventeen, when she started work on the Girondist J-B. Louvet de Couvrai. During her years of widowhood, she supported herself mainly by anonymous literary hackwork, much of it a lengthy series of biographies for the 133-volume Cabinet Cyclopaedia published by Dionysius Lardner. Lives of the Most Eminent Literary and Scientific Men of Italy, Spain and Portugal (three volumes) and Lives of the Most Eminent Literary and Scientific Men of France (two volumes), to which she contributed the lion’s share, were published between 1835 and 1839. In an entry on the eighteenth century librettist and writer Pietro Metastasio, in Volume 2 of Italy, Spain and Portugal (p. 206) Mary noted with approval, of her subject’s own practice of biography, that its aim was: ‘to collect the peculiar character of the man his difference from others [through] the bringing forward of minute, yet characteristic details.’

We know this concern with individuation was at the heart of the Romantic project, but memoir and biography are such seductively familiar forms that it’s easy to forget how central these genres were to its development. It wasn’t only Jean-Jacques Rousseau, at the start of his Confessions, who could say that: ‘My purpose is to display to my kind a portrait in every way true to nature, and the man I shall portray will be myself.’ Confessions was published posthumously in 1782, at a time when members of the literate, educated class to which Romantic culture-makers belonged had little or no problem reading its French. So by 1798, when Mary’s father, the radical philosopher and novelist William Godwin, published his Memoirs of the Author of A Vindication of the Rights of Woman about Mary Wollstonecraft who had died the year before from complications resulting from Mary’s own birth  the principle of searching a life for evidence of the person who lived it would have been a familiar one. 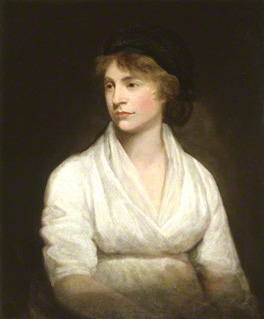 So familiar was it that Godwin seems to have been ill prepared for the catastrophic damage his Memoirs did to Wollstonecraft’s posthumous reputation. By revealing that Wollstonecraft really did live according to her radical ideals  including sympathy with the French revolutionaries among whom she had lived, and the practice of Free Love with the American father of her first child  he helped ensure that her work would not be taken seriously for decades.

Though the daughter of both the author and the subject of this turn of the century shocker, Mary was evidently not put off the genre. And perhaps it’s easier to understand how much she and her contemporaries saw in it when we remember that, earlier, biography had been closer to either formal hagiography or the cheerful anecdotalism of John Aubrey’s seventeenth century Brief Lives. Both are social, public kinds of account; neither explores motivation or experience. Both take the significance of an individual to be as a social protagonist, neither sees it as being either to his or herself, or as a model of individuality itself. 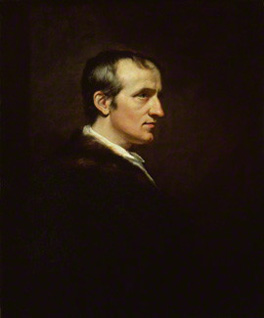 It was to this Romantic idea of biography that I turned when I was asked to write about Mary. She matters to us because she produced the astonishing, and astonishingly contemporary, archetypal story of Frankenstein, first published anonymously two hundred years ago this month. And so the very first question we’re bound to ask of her life is how and why she managed to do so, especially since she only a teenager at the time. (Mary was nineteen when she completed the novel, twenty when it came out.) Immediately or so it seems to me, as a twenty-first century writer: of course, I’m absolutely a creature of my own cultural times too  we are in the world of the psyche: of how thought works, how ideas are formed and of what motivates works of imaginative creation.

If this weren’t reason enough to take Mary as an exemplar of artistic experience, her subsequent life as a woman who tried to be both a loving mother and what we’d today call a ‘surrendered wife’ to her unreliable poet husband, and a writer and intellectual in her own right, speaks to questions of identity that we, her successors, still grapple with today. This historical figure is a very contemporary exemplar.

Yet she wears, of course, the costume of the period that formed her. So I decided to go back to something we can share with her: the physical spaces of the rooms she inhabited, especially during her formative years. Incidentally, this kind of encounter with the actual surroundings that formed the Romantics is something the Wordsworth Trust knows all about. Walking round Dove Cottage isn’t just a literary pilgrimage. It allows us to share the actual experience of what daylight and evening were like for William and Dorothy Wordsworth and their visitors; what a somewhat claustrophobic domesticity and the preoccupying landscape outside the house walls meant.

The same applies to the Regency new-build in which Mary was born and spent the first ten years of her life. The Godwins’ home, at 27 the Polygon, Somers Town, has now disappeared under post-war social housing. But at the time the family lived there it was a building site, in the middle of fields only recently leased for development to the architect Jacob Leroux by the eponymous, recently ennobled First Baron Somers of Evesham. I don’t know what it’s like to live in a palatial London townhouse, but I do know what it’s like to grow up in a new-build on a half-built estate. I drew on my memories of the Waunfawr estate outside Aberystwyth of mud, and noise, and the strangely inauthentic sense it gave us children, as we played in the street, that human settlement was only one house deep, and as temporary as a stage set.

Contemporary prints make clear that the houses in the Polygon, in an almost exaggerated version of the height of contemporary Palladian style, had enormous windows.

They would have had a great view of the mud and surveyor’s tape taking over the surrounding fields. They would also have been very much draughtier than the relatively small, deep-set windows traditional in even quite grand houses from earlier in the eighteenth century. That set me thinking about the new domestic fuel, coal, and the unexpectedly dark, mineral-smelling dust that would have been in the air of the high-ceilinged rooms. But I also reflected on how much light would have come into every room, and how visible its inhabitants would be. I discovered that at the turn of the nineteenth century windowpanes were becoming larger and cheaper as glassmaking technology slowly improved.

Mary, I realized, grew up in a house where there was a culture of visibility: even though her parents and her stepmother were all, in their various ways, writers rather than visual artists. And this was of a piece with the Natural Philosophy of her time, whose rapidly developing scientific thinking was based on observation. Small wonder that, when she came to write Frankenstein, Mary would make appearances the trigger for her protagonist’s destinies. She demonstrates that Victor Frankenstein is intrinsically good by making him  literally good-looking; while her creature becomes loveless, universally rejected and precipitated into his life of murderous crime because his appearance is so horrifying.

There was much more the house at 27 the Polygon had to tell me, and that I’ve no space here to revisit. But I did enjoy discovering, and writing about, this material. It was just as if I was three years old again, sitting on the carpet and watching as Play School took us though the window… on another adventure.


In Search of Mary Shelley: the girl who wrote Frankenstein is published by Profile Books on Jan 18, and launched with a lecture at National Portrait Gallery that evening. https://www.npg.org.uk/whatson/late-shift-1/lecture-18012018
It is BBC Radio 4 Book of the Week Jan 15-19. Fiona will be talking about it on BBC R4’s Start the Week on Jan 8 and on BBC R3’s Free Thinking and Radio Scotland on Jan 18. In the US it appears from Pegasus Books in June, to coincide with the summer exhibition Fiona is curating at the Wordsworth Trust.