‘Defiant and passionate’: a new production of Mary Shelley’s Frankenstein

Compared to the film adaptations, stage versions of Frankenstein are surprisingly rare, despite a near-90-year head-start. Or perhaps it’s not surprising: cinema has a much greater appetite for monsters, so our screens have seen Victor’s descendants continuing his work and his creature facing various challenges and enemies in ways even Mary Shelley would have struggled to imagine.

The first Frankenstein stage play was Presumption! Or The Fate of Frankenstein, which opened in 1823, just five years after the novel was published. Indeed, Shelley attended a performance and declared herself “most amused”, noting also that “it appeared to excite a breathless eagerness in the audience.”

Now, almost 200 years later, Shelley herself is the star of the latest stage adaptation of her most famous work. In fact, she is hardly ever off stage – setting the tone by interrupting the action in the opening scene to address the audience, and making this unlike any version of the story I have seen before.

Mary Shelley’s Frankenstein opened in Perth in September 2019 ahead of a UK tour, which will run to March 2020. I caught its opening night at Cardiff in October and was very impressed by this new interpretation. It’s written by Rona Munro, whose screen credits range from Doctor Who to Ken Loach’s Ladybird, Ladybird, and whose stage work includes an intriguing Rebus adaptation with Ian Rankin, which toured earlier this year. Munro said of the new production: “This story has been told and retold in hundreds of different versions since it was first written. But it remains the dark and rebellious roar of its adolescent author. Mary Shelley was only eighteen when she wrote the novel and she’d already broken every social rule that should have shaped her life. That’s the version of Frankenstein I’ve returned to, the version of the novel. The story is told in the voice of that defiant and passionate young girl accusing her elders, the culture of her age and intent on terrifying the whole world.”

So, Munro’s Shelley is a feisty rebel in a black leather coat, at times dictating the action, but sometimes dragged along by the characters and situations from her own nightmare. It’s a very demanding role, played superbly by Eilidh Loan, as she sets out to horrify and terrorise us – and succeeds, as she guides us through the unfolding horror. The ambitious young scientist Victor Frankenstein (Ben Castle Gibb) brings to life a revolting creature (Michael Moreland), but soon rejects his ‘monster’. Shunned by society because of his horrific appearance, the desperate creature seeks revenge on the man who placed him in this cruel world. It’s a tragedy worthy of Shakespeare, and this ingenious production evokes both pity and horror, as Mary – relishing our unease – leads us to the horrific finale. 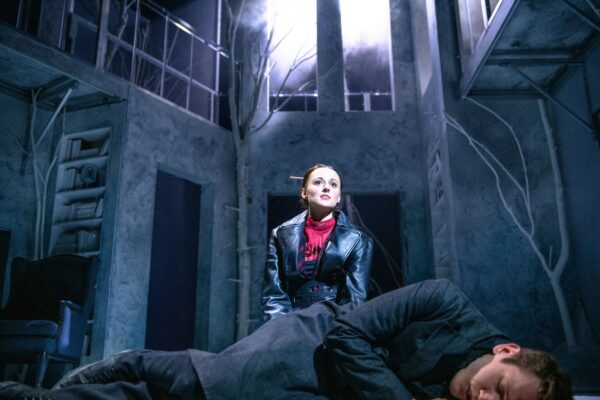 Eilidh Loan holds the audience in her spell as the rebellious story-teller – at times tormented by the act of putting this nightmare to paper, at times cheekily sharing asides, and at times cruelly deciding it’s time for another death. Ben Castle-Gibb is equally impressive as Frankenstein – driven by ambition and ultimately losing everything because of it. And Michael Moreland subtly portrays the monster with all his human frailties, and tragically as doomed as his creator. A talented supporting cast of four – Thierry Mabonga, Natali McCleary, Sarah MacGillivray, and Greg Powrie, play all the other roles between them. 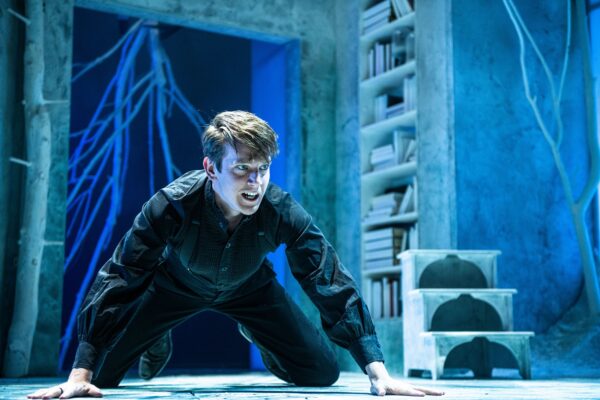 The ingeniously versatile two-storey set, designed by Becky Minto, serves as a ship’s deck, a lecture theatre, laboratory, various rooms of various homes, and an icy wasteland, thanks also to the superb lighting effects by Grant Anderson and sound by Simon Slater, under Patricia Benecke’s direction. 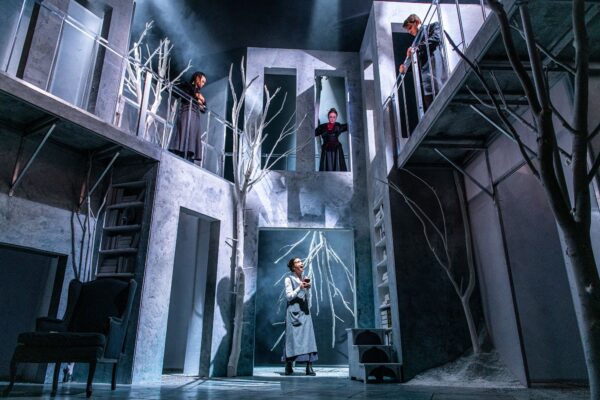 The cast of Frankenstein. Photo by Tommy Ga-Ken Wan 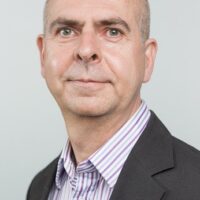 Andrew Weltch is a writer, editor and public relations consultant, whose interests include film, theatre and history. He blogs about arts and entertainment and runs a communications consultancy.