Wordsworth, Coleridge, and the power of perception

While discussing “fluxes… of the mind” in his Preface to the 1802 edition of Lyrical Ballads, Wordsworth draws attention to the mind as a faculty which is subject to constant change. This is evident in the familiar ‘I Wandered Lonely as a Cloud,’ which, whether he would have liked it or not, may be called Wordsworth’s ‘signature poem.’ Given that the universally known piece now adorns tea towels and teapots throughout the Lake District and beyond, I wonder just how warmly the poet would feel towards that accolade. In the poem, the speaker finds that his frame of mind is often altered completely by the image of “a host of dancing Daffodils” which he once watched “dancing in the breeze.” Often while he is in “vacant or in pensive mood, / They flash upon that inward eye.” Consequently, the speaker’s state of mind is transformed from complacency to pleasure, as his “heart with pleasure fills, / And dances with the Daffodils.” 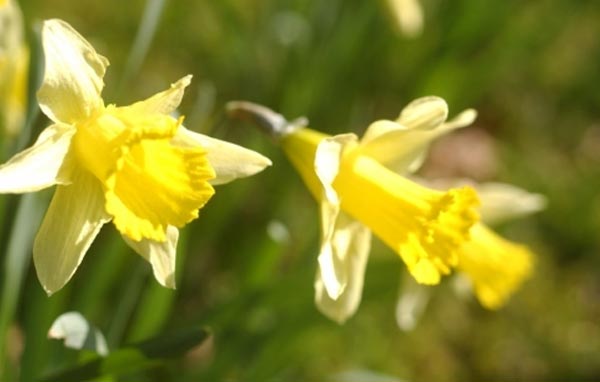 Stephen Gill notes that the relationship between Wordsworth and Coleridge “was a love that fused their minds… into a symbiotic creative power” (Gill, p. xvii). Consequently, Coleridge echoes Wordsworth’s belief in the natural world as a catalyst for sharp changes of thought in ‘The Dungeon.’ Duncan Wu states that this poem is an example of Coleridge “writing under Wordsworth’s influence” due to its “subscription to the nature-loving creed of Wordsworth” (Wu, p. 97). Coleridge’s speaker addresses an inmate who is in a state of more severe discontent than Wordsworth’s speaker, as he has become a “jarring and a dissonant thing” due to the “friendless solitude” of the dungeon in which he is held captive. On account of nature’s “sunny hues, fair forms, and breathing sweets” however, the speaker finds “his angry spirit healed and harmonized / By the benignant touch of love and beauty.” Both poems show the restorative qualities of the “simple affections” of the natural world on a complacent or troubled mind. I count myself fortunate in learning from these great masters the importance of looking up at the sky and the trees occasionally, as opposed to down at my mobile phone. Indeed, there is considerably more mindfulness and contentment to be drawn from the sound of rustling leaves than from social media or online banking.

Wordsworth is able to perceive the greatness in simple aspects of the natural world through the power of his imagination. As Wordsworth states in the Preface, the “principal object” of the poetry in Lyrical Ballads “was to choose incidents and situations from common life” and to “throw over them a certain colouring of imagination, whereby ordinary things should be presented to the mind in an unusual way” in order to make them “interesting.” The tactic of perceiving the ordinary through the lens of his imagination is one which Wordsworth employs in ‘The Thorn.’ The thorn is unremarkable, being “so old and grey” that it has “no leaves” or “thorny points,” rendering it a “wretched thing forlorn.” However, as William Hazlitt noted, the “old withered thorn is weighed down with a heap of recollections” (Hazlitt, p. 89). Thus, the speaker’s perception of the gnarled tree is what informs the poem. Bordering the thorn is “a little muddy Pond” and “a beauteous heap, a Hill of moss,” and the speaker imagines that this mound of moss “is like an infant’s grave in size,” which triggers the ensuing narrative. It transpires that Martha Ray and Stephen Hill were to marry, but “Stephen to another Maid / Had sworn another oath,” leaving Martha both “with child” and “mad.” Crucially, some in the local community believe that “she hanged her baby on the tree,” while “some say, she drowned it in the pond.” Regardless, “all and all each agree” that “the little babe was buried there, / Beneath that Hill of moss so fair.” ‘The Thorn’ is therefore testament to Hazlitt’s assertion that Wordsworth “takes the commonest events and objects, as a test to prove that nature is always interesting from its inherent truth and beauty” (Hazlitt, p. 87). 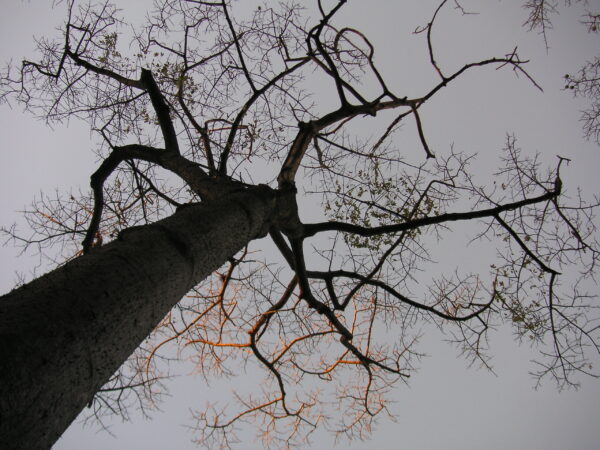 Wordsworth asserts in the Preface that “low and rustic life was generally chosen” as his theme in Lyrical Ballads, “because in that condition, the essential passions of the heart… speak a plainer and more emphatic language.” This is “because in that condition of life our elementary feelings co-exist in a state of greater simplicity.” In order to convey this rustic mode of language, Wordsworth notes that he “speaks through the mouths of his characters.” In ‘The Idiot Boy,’ for example, “the delirious joy of the engagement between humans with each other and the world are clear” (Ward, p. 110). For example, upon reuniting with her son, Betty Foy “‘kisses o’er and o’er again, / Him whom she loves, her Idiot Boy.’” What Ward calls her “delirious joy” is emphasised in the lines: “she’s happy here, she’s happy there / Her limbs are all alive with joy,” as though she has momentarily taken leave of her senses in the sheer joy of the reunion. What Wordsworth refers to in the Preface as her “simple affection” is made universal, and representative of human feeling in general. Later she asks her son “‘what have you heard, what have you seen’” in the woods all night and Johnny’s reply never fails to break me out in goose bumps: “‘the Cocks did crow to-whoo, to-whoo, / And the Sun did shine so cold.’” To Wordsworth, Johnny Foy and people like him were the very personification of simplicity, yet Johnny’s perceptions are special and unique, and far from idiotic. Wordsworth imbues Johnny with a power of perception which allows him to regard the moonlit woods as mysterious and unearthly, the cool rays of the pale sun, and the cries of uncannily nocturnal cockerels. It is the same faculty which brings the dancing daffodils to Wordsworth’s “inward eye,” and consoles Coleridge’s captive in ‘The Dungeon.’ As Wordsworth says so memorably in ‘The Tables Turned: “Close up those barren leaves,” and “Let Nature be your teacher.” 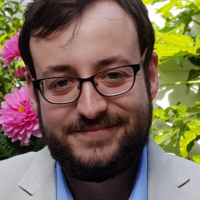 Connor James recently graduated from Ulster University with a first-class honours degree in English, and plans to engage further with the works of Wordsworth, Coleridge and John Clare during a Master’s degree. He especially enjoys examining the ways in which Romantic poetry applies to contemporary modes of reading, particularly ecocriticism. When not studying, he enjoys walking, spending time with family, and sampling Irish whiskey.